Urban Renewal - Departures, Renewal and Stability in the Digital Age

Ever increasing in size, the city has created building typologies  and structures in the 20th century which have left their imprint upon urban space and its dynamic to this day. Increasing urbanisation and digitisation drive social change processes with ever-increasing speed. Architectural construction measures can hardly be adapted to this speed while still conserving resources. Between analogue and digital worlds, sharing and prosuming, data security and targeting via data harvesting, ways of life, consumer and communication habits are also changing. This is associated with higher demands for urban living spaces that are geared toward the future, as an increasing amount of existing building structures and substance becomes redundant.

At the same time, the city population keeps growing, more living space is required and the associated needs of its inhabitants are also influenced by digital change. In the context of social and technical networking, ecological sustainability, smart cities and smart homes, the goal is to explore innovative potentials and problem solutions that architecture can offer, and to dare to imagine visionary future scenarios and design experiments in response to spatial and social challenges in the urban space in 2050. Multiple questions arise in this context:

How will current urban substance fare in the future? Which possibilities of second or intermediary usage can be developed in order to revive existing buildings and avoid vacancies?

Which building typologies will be affected, and how can these spaces be designed and used in innovative manners (e.g. a large shopping mall within an urban catchment area, office buildings from the 1970s within the expanded city centre now surrounded entirely by residential areas, or large retail locations within rising quarters on the fringes of city centres, etc)?

What is the role of economic dynamics and innovative technologies?

Which solutions may turn out to be both ecologically, socially and functionally sustainable?

Which options and potentials result from the context of social and technical networks for architecture, urban planning, living spaces and inhabitants?

What is the role of the interaction between architecture and digitisation? What forms might this take and how will digitisation affect space and human cohabitation within it?

How must this interaction be oriented in order to create an added value for inhabitants? 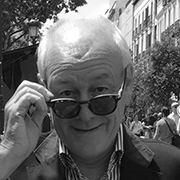 Christoph Luchsinger graduated in Architecture at the ETH Zurich in 1979 and is professor at the faculty of Architecture at the Vienna University of Technology since 2009. From 1980 to 2009 he has been holding several teaching and research appointments for urban history and urban design i.e. at the ETH Zurich and the ZHAW Winterthur with a focus on urban strategies and urbanized landscapes. Further he has been working for several years as editor of the Swiss Architectural Review Werk, Bauen + Wohnen. Luchsinger was guest-professor for architecture 2003 at the TU Ljubljana/SI and 2004 at the TU Graz/AT. From 2013 to 2017 Luchsinger was the director of the TEMPUS education project „Sustainable Regional Development“ SEHSI in collaboration with several international universities. Since 1990 he runs an architectural office in Lucerne/CH together with Max Bosshard and since 2013 in Vienna/AT. Until 2019 he will be director of the project MEMUD for a curriculum of a middle-european master of urban design in collaboration with the Universities of Ljubljana/SI and of Split/HR. 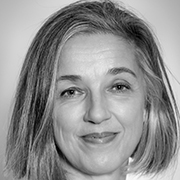 Ina Homeier is an architect and has been working for the urban planning department of the City of Vienna since 1994. She was also responsible for land use and district planning for several years. From 1998 to 2001 she worked at the Directorate-General for Research of the European Commission, where she was responsible for urban planning issues and research projects in the Key Action „The City of Tomorrow and Cultural Heritage“. Since 2011 she has again been working for the Urban Planning department where she is Head of the Smart City unit and coordinates the smart city activities of the City of Vienna with regard to strategy and content. For many years, she has been nominated by the European Commission and national funding bodies as evaluator for project applications and for mid-term and final assessments of research projects. 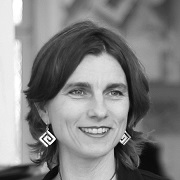 Marie-Therese Harnoncourt-Fuchs is graduate of the University of Applied Arts in Vienna and founded the next ENTERprise Architects in 2000 together with Ernst J. Fuchs. From the beginning they have operated in a field that ranges from experimental installations to architectural practice, treating both approaches as equal and mutually influential. Projects include Open-air pavilion Wolkenturm Grafenegg /AT, Lakeside Bath Caldaro/ IT, Pilotproject Kempelenpark and HAWI at the 15th Architecture Biennale in Venice / IT. Since 1998 she has held teaching appointments at the University of Applied Arts Vienna/AT, University of Technology Vienna/AT, University of Art and Design Linz/AT, Academy of Fine Arts and Design Bratislava/SK, ESA École Spéciale d’Architecture Paris/FR. She is a current member of juries or advisory boards such as BIG – advisory board of art, Forum Morgen Stiftung.

The launching of Superscape 2018 presents the key focuses of content, discusses prospective positive issues, and thus opens up the submission phase.

Its third edition critically scrutinizes conventional patterns of home-living and housing, ventures on creative experiments, and within a time horizon of fifty years looks for innovative solutions for the ever-changing needs of city dwellers.

Detailed information on the eligibility requirements, the application procedure and other relevant points can be found in the Call for Entries for Superscape 2018 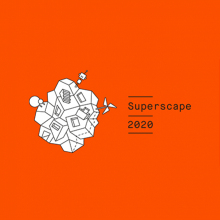 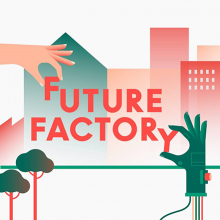 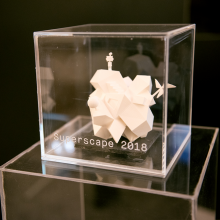 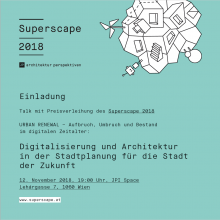